This page is in the process of being restored from a previous archived version. Please be patient while our Strike Team rebuilds it.

File:AddtheinviteBGplease.deez
Background for the server invite of the Mega Man Maker Official Server made by PKWeegee.

For the game's development, there is a separate developer Discord server where staff members discuss and work on the game.

The server was created by WreckingPrograms on June 26, 2017 when the initial version of Mega Man Maker was in an advanced development phase. Development team members and candidates for example levels for 1.0.0 had access to the server. The server was made accessible to the public on July 8, 2017 when WreckingPrograms uploaded the reveal trailer for Mega Man Maker and released the website for the game.

After discussion in the moderation team, it was decided that #calm_room would be archived and #general would be stricter against "shitposting" by only allowing it in moderation.

The main changes to the community were an active seeking of community staff and an establishment that developers were no longer given moderator permissions by default. The latter change was made since developers were not necessarily hired with the mindset of moderating and some might either be unfit or unable to manage the platforms.

After a proposal by Midas Magnezone, the channel #communinty_announcements was created on February 17 to announce changes to the server. Along with that, a new channel for discussing the music file format of Mega Man Maker and replacements for it, #nsf_discussion, was created.

Four days later on February 24, the #online_building channel was created for online building server posting. On March 7, a new role (Online Builder) was created to notify those with the role when a user wants to build online in the channel. The user can get the role using the bot with commands.

The #other_showcase channel was renamed to #creative_showcase for better understanding on March 14.

An impersonation rule was added on April 1 due to recent events at the time. Rules 2 and 10 would then be updated slightly shortly after.

On May 1, the Discord received an overhaul including the Mega Maker role and modifications to certain channels. The new modification limited the permissions of inactive or new people in order to encourage more activity and to familiarize people with the server first.

Three days later on May 4, a new role (NSF Creator) was created for NSF creators.

On June 20, Goldstorm created a starboard for the bot so that people could pin memes and other images or GIFs. Posts that receive five or more pin reactions are showcased in the #hall_of_memes channel.

On July 1, the streaming channel was changed to include videos as well and was renamed as such to #mmm_streams_and_videos.

From July 29 to August 5, the bot was tested by Mors and Goldstorm to check if it was ready for upgrading. On August 5, the Pronto Man bot was deactivated and its code was ported to the Mega Bot with more features added to it.

A new rule against roleplaying was added on August 7 due to recent incidents of roleplaying at the time.

On August 9, two new channels for modding (#mod_showcase and #mod_discussion) were created to help give Mega Man Maker mods spotlight.

The FAQ is posted in the #rules_and_faq channel by WreckingPrograms#2152 and was last updated on February 7, 2021. The current iteration of the FAQ was posted on July 27, 2019.

The bot can find stats and information about levels and users, as well as give a "quick-play" direct link to a level. In addition, there are games that the user can play with the bot such as rock paper scissors with Robot Master bosses.

On August 5, 2020, Goldstorm and Mors passed the code from the Pronto Man bot to the Mega Bot while polishing some things.

This is a table of all commands that were available with the level search bot until it got Pronto Man's code. All descriptions are exactly as they appeared in the !help table of the bot. However, the commands to add roles to an user are not shown in the !help command list.

The !top command does not work properly and instead shows the user's rank on the server similar to !rank. 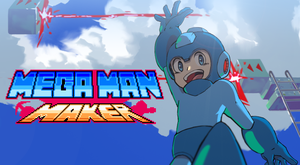